Here at Culp, we compete in a fashion-driven business, and continue to differentiate ourselves by focusing on product innovation and new product introductions.

Culp Inc. is founded by Robert G. Culp, Jr. as a convertor of fabrics to the upholstery industry. Culp Inc's initial name was R.G. Culp & Associates.

Culp Home Fashions (CHF and originally known as Culp Ticking) is established as a convertor of woven and printed fabrics to the mattress industry. 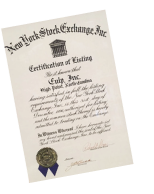 Culp Inc. is listed on the New York Stock Exchange.

CHF develops a partnership in Turkey to further its global manufacturing platform.

CHF global manufacturing
is expanded to include
China partners

CHF establishes its cut and sew operation, CLASS (Culp Lava Applied Sewn Solutions) in partnership with A. Lava and Sons.

In the summer of 2016, Rayonese completed renovations to their façade. From October to December, Rayonese prepared and installed new looms for weaving. In December of 2016, Culp Rayonese began interior changes to their knit facilities, and new inspection machines were also added. All renovations were completed by January of 2017.

In January of 2017, the first knit machine was moved from Culp’s facility in High Point to CHF in Stokesdale, marking the beginning of their move to CHF. All knit machines were moved by the end of July with room to expand in the future.

In February 2017, Rayonese installed a knit finishing frame, bringing Culp Rayonese fully functional in supplying damasks and knits direct to both the USA and Canadian markets.

In June, CLASS began its move to High Point to the space previously occupied by Culp Knits. They completed their move in the beginning of July.

In August of 2017, CHF announced expansion of its CLASS Cut and Sew Platform in Haiti. CIH- Class International Holdings, is located in Haiti-based Codevi, an industrial park that has moved from a vision to the largest employer in the country’s Northern region. CLASS now has production facilities in the USA, China and Haiti.

Also in August of 2017, the CHF Distribution Center expansion was completed and fully operational.

With four decades of n and quality, we look forward to expanding our product to the bedding accessory market by offering a premium line of top-of-bed products.

Culp Home Fashions is a division of Culp Inc.